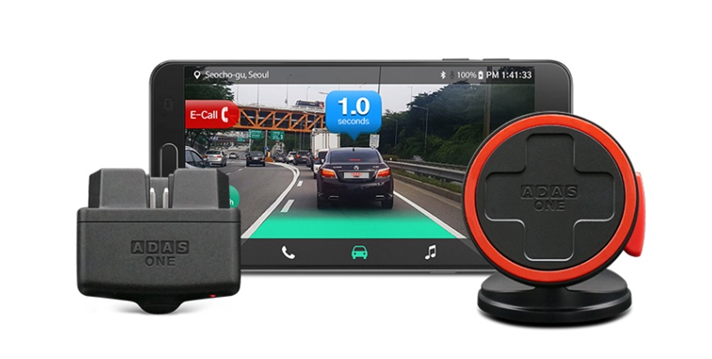 371 companies participated in the event with 239 app competitors in 7 categories and 32 fields.This year’s Smart App Awards was hosted by the Korea Internet Specialist Association and the EYE awards committee, with an evaluation committee composed of 3,000 IT experts .

AONE won the Best Award in the Smart App category, which allowed the product to be successfully funded and launched last year at KickStarter, a global cloud funding site. The evaluation committee described AONE as an intelligent ADAS system which can contribute to driver’s safety thanks to its LDWS, FCWS, FVSA functions.

AONE is also one of the world’s first ADAS solutions which can support ADAS functions by simply using a smartphone application. Indeed, AONE was developed to provide convenience to the driver and to make safety functions accessible at a low price.

In addition to ADAS features, AONE App also offers Ecall function in case of emergency, vehicle diagnostics, video recordings, and vehicle parking localisation. The device is also easy to install since it was designed with the user’s safety and convenience as top priority.